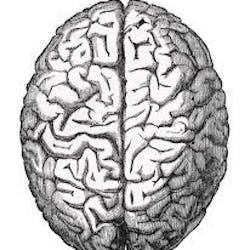 "I noticed the following facts about people who work with the door open or the door closed. I notice that if you have the door to your office closed, you get more work done today and tomorrow, and you are more productive than most.

But 10 years later somehow you don't know quite know what problems are worth working on; all the hard work you do is sort of tangential in importance. He who works with the door open gets all kinds of interruptions, but he also occasionally gets clues as to what the world is and what might be important.

Now I cannot prove the cause and effect sequence because you might say, "The closed door is symbolic of a closed mind.'' I don't know. But I can say there is a pretty good correlation between those who work with the doors open and those who ultimately do important things, although people who work with doors closed often work harder. Somehow they seem to work on slightly the wrong thing."

Author Derek Thompson on how to sell anything:

Renown Mathematician Michael Atiyah on the source of ingenious ideas:

"Q: How do you select a problem to study?

A: I think that presupposes an answer. I don‚Äôt think that‚Äôs the way I work at all.

The Beginner's Guide on How to Improve Your Focus and Concentration

A science based focus guide designed to train your brain to stay focused and avoid distractions.

Pretend You're Busy During Zoom Calls

‚ÄãThe busy simulator helps you pretend you're busy by playing a bunch of app notification sounds. Sounds include a google calendar, slack, apple mail, a vibrating phone, and more.

"What are the most important problems in your field?"

"Why aren't you working on them?"

Today I Learned: The letter V is the only letter in the English language that is never silent. (Source)

Have a productive week,

Interested in sponsoring an edition? Get in touch if you're a good fit.